This post is my recently completed heavy fire power for my fantastical Mongol collection. 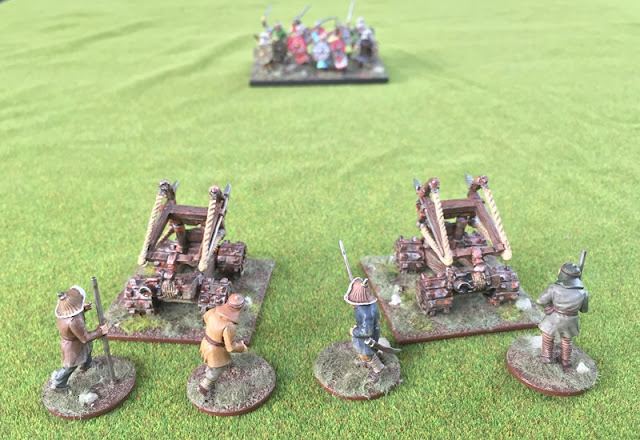 The crew are a combination of bits. Heads from FireForge Mongol plastics with Bodies from Gripping Beast Dark Age Warriors. Just something I thought I would try to see how it would look. As crew they look fine in my opinion. In 'Kings of War' crew are purely decorative and have no game/rule function. The long pole they have are intended as the winding device but perhaps I could place an arrow head on them for the next reload.

The large iron bolt throwing machines are actually from the Goblin range by Mantic. They have a perfect space for a Mongol shield rather than a Goblin shield or symbol on the front. They are both mounted on 50mm square bases. These are a great model and are metal and it's been a long while since I constructed something metal and of this size. A little cleaning up and a little filing and they go together reasonably well. 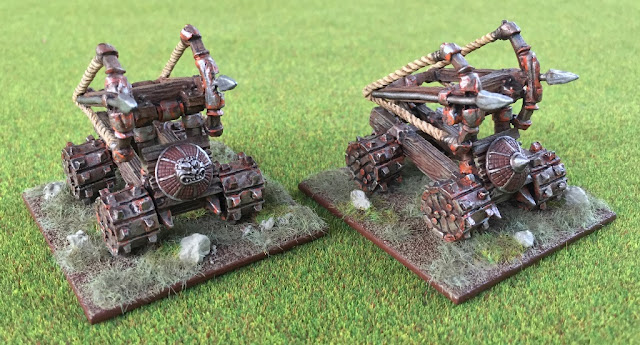 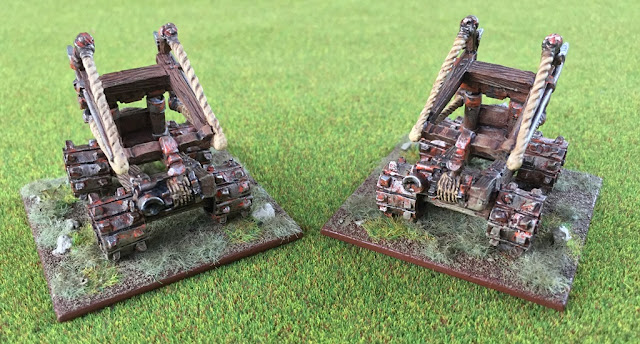 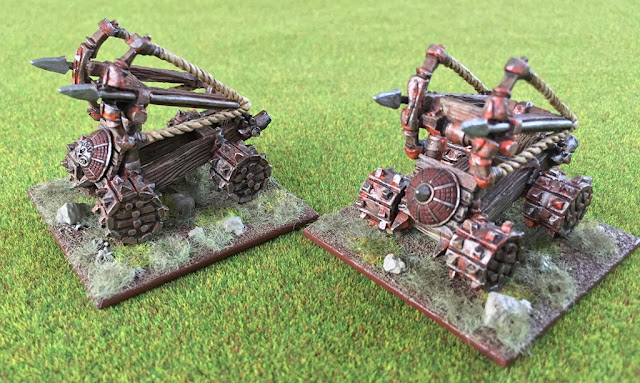 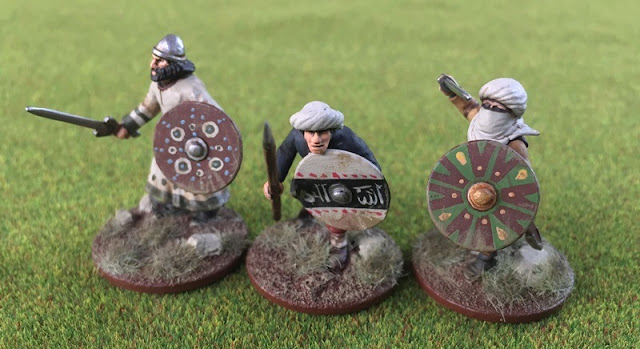 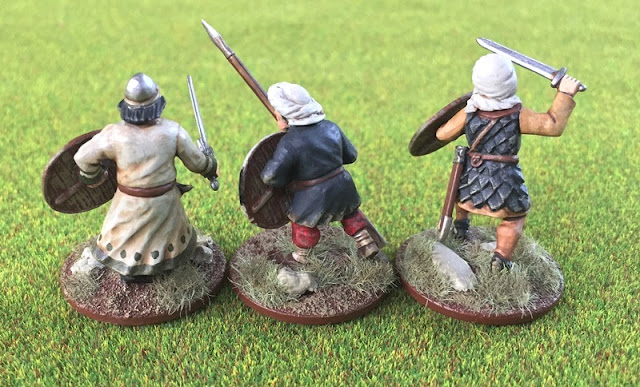 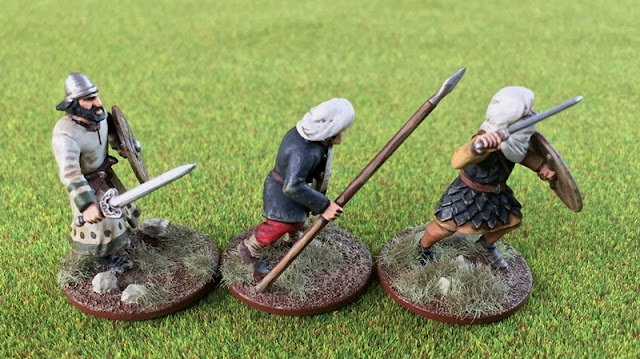 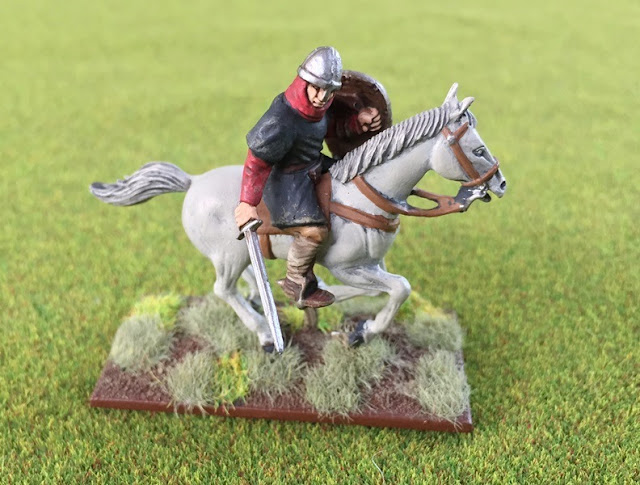 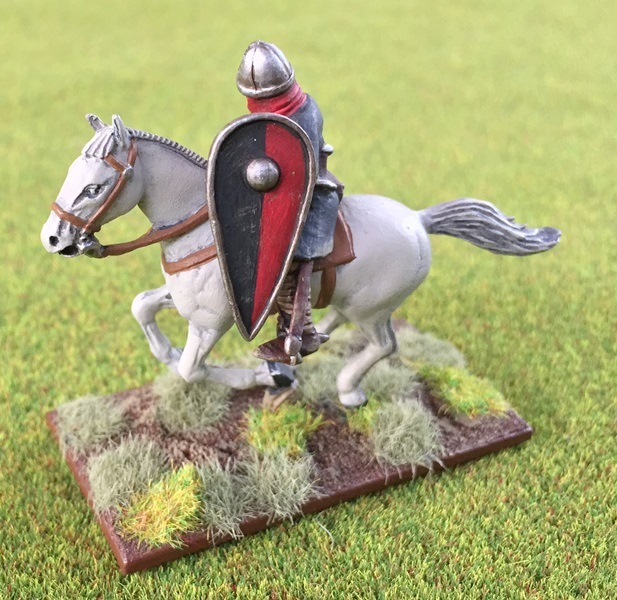 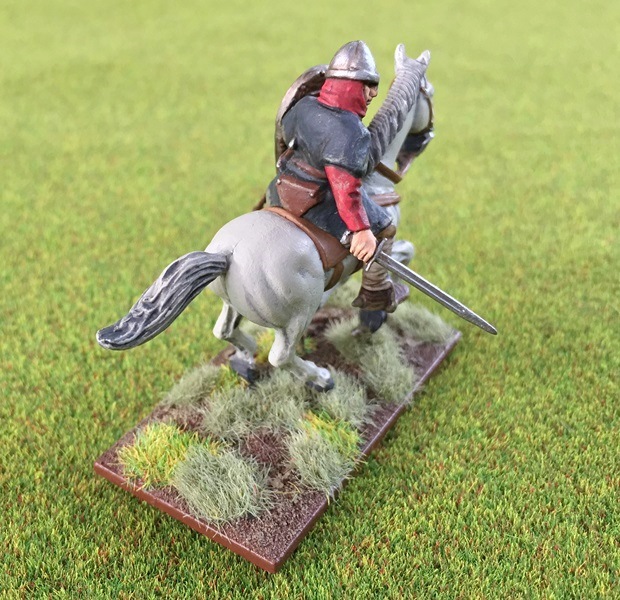 Arab infantry at the double

By at the double I mean more 'double ups' with two to each 25mm base. Gripping Beast plastic Arabs. All with hand painted shields. I am very pleased with the shields. These are for two different unit types. Spear armed unit and a Sword armed unit. One base has a sword and spear (unit leader waving the sword). His arms are actually from the Arab Heavy Cavalry set with shoulder armour. The body came with the shield arm so that had to be cut away to create this option. The curved sword arm is also from that set. The red Arab with the low sword is an arm from the Dark Ages infantry box also from Gripping Beast.
I challenged myself to try going much brighter in colours for the four figures on your right with swords. For the first time in a very long time I actually reached for pure white paint. A tricky colour to work with. In my mind I see a sword armed unit as perhaps a bit more regal than the rest so having some brighter colours may help them stand out a little against the spear armed infantry but only a little as this army is very colourful which is really it's uniform so to speak. 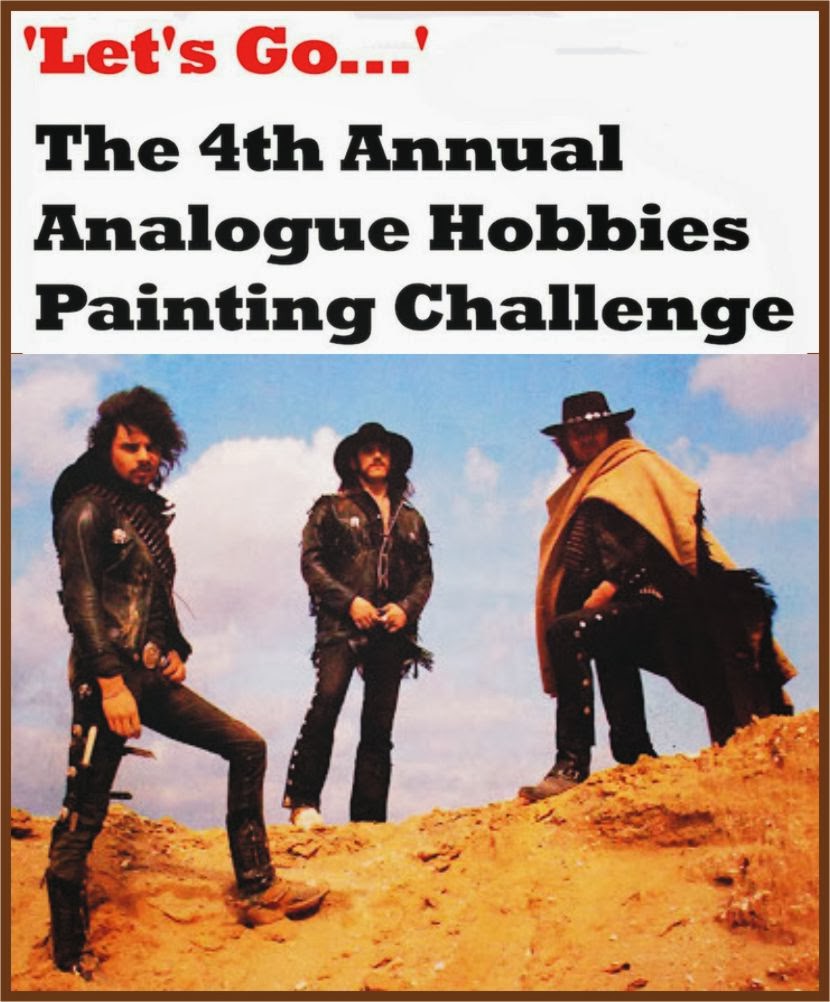